Home In The Press IN THE PRESS: IrishMirror.ie 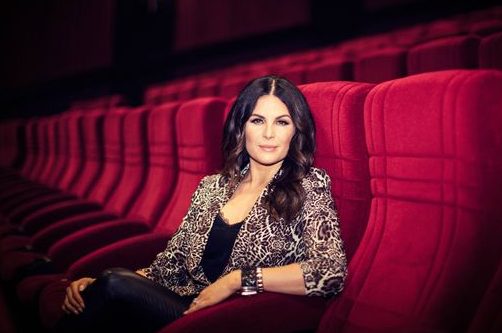 “My aunt used to be a curator in The Louvre in Paris for years and then an art teacher, she was my artistic inspiration”

TV star Lisa Cannon has told of her heartache over losing her aunt during lockdown as she opened up on her hopes of starting a family.

The Dubliner told the Irish Sunday Mirror: “We had a death in the family during lockdown, my aunt passed away on Easter Saturday.

“She was in her 80s, it was so, so tough. It was extremely difficult to imagine all that happening when you can’t even be near the person you love.”

The 41-year old heaped praise on her hubby of five years Richard Keatley. 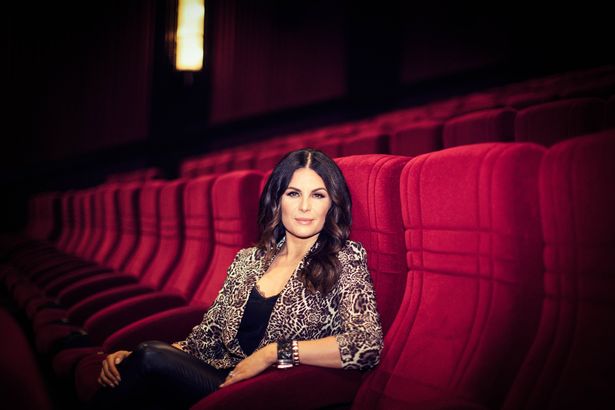 She said: “Through everything Richard has been my rock in more ways than one.

“He’s my family and he helped me during my grief with my beloved aunt passing, she and I were very close.

“My aunt used to be a curator in The Louvre in Paris for years and then an art teacher, she was my artistic inspiration.”

Lisa admitted she would love to be blessed with a family of her own.

She revealed: “Myself and Richard are married five years, it’s flown, I remember 2015 like it happened yesterday.

“We’ve had so many wonderful moments together this year, we’d love
to have a family.

“I think IVF and all the other myriad treatments are incredible and that they are available for people.

“I don’t want to disclose our own journey as it’s so personal.

“I feel all fertility options are wonderful, they’re needed and to be embraced and looked at for people who are having difficulty.

“I champion women who have to take that road as it’s not easy.”

Lisa also revealed details of her new gig, saying: “I devised a new programme and it’s for The Style Edit which is an award-winning UK and Northern Irish website.

“The editor-in-chief is Jenny Taggart, we had been wanting to do something together for about two years. We launched The Edit on December 4.

“It’s a weekly film, entertainment arts and culture programme, which we’re turning into a podcast.

“I was quite busy with Box Office last year, I was trying to nurture that.

“We were hoping for season 7, but all the movies were parked from March onwards, so I have time now to focus on The Edit.

“This is a whole new territory for me, I’ve never devised or executive produced a web series.

“So you can imagine me at home doing all my interviews.

“I had Saoirse Jackson, the lead actress from Derry Girls on.

“I had the casting director from Normal People, Louise Kiely, who discovered Paul Mescal.

“There I am at home with my ring light from GLAM DOLL, I’ve all this equipment that my young dudes who were helping this old dinosaur to put it all together in a Zoom call.

“I’m embarrassed to say I feel like I’m a little bit behind, I didn’t know how to do an awful lot of things, but I’d say I’m the same as a lot of people.

“Change is good but it’s kind of tricky when you liked it the old way. I went to film school at Trinity and I studied and I learnt on the hoof.

“I landed on sets, I pounded down doors of TV execs to make teas and coffees.

“I did anything I could to just get on set to learn and observe, that’s all changing with incredible people who create their own platforms at home, podcasts at home and reach out to thousands.

“Gordon Hayden, who worked with me on Box Office, is going to produce it and review the movies with me.

“This is not going to be a massive production, it’s basic in terms of our team, it’s the three musketeers – I have an editor Richard Waters and myself and Gordon.”

Lisa also spoke about whether Box Office is going to return. She said: “We’ve
the Virgin Media Dublin
International happening in February, there’s going to be more of a change and shift.

“Nobody knows when the cinemas will be back open.

“Every release from Bond to Wonder Woman to Topgun has been pushed.

“In light of that, the question is, ‘Are we going to be able to have big gatherings, red carpets or movie premiers?

“Not even the movie companies know. So it’s a waiting game as to, in what way we can bring the show back. Box Office might have to go online or become a podcast.”

Over the summer, Lisa landed another glitzy gig – a fashion series
on Zoom with Caroline Rush who rubs shoulders with Anna Wintour.

She said: “It launched in Saudi Arabia from my kitchen.”

The presenter, who has been in the business for more than 20 years, also told how her dad Mike inspired her.

She explained: “My dad set up Hot Press with Niall Stokes. My dad was a rock journalist in the 70s and interviewed Bob Geldof and Roy Orbison and the Sex Pistols.

“He was very influential in my decision to become a journalist and presenter.

“He interviewed Geldof in 1978 for Hot Press, he had even lived with him in Dublin for a year.

“When I went and did a morning interview with Sir Bob, [we chatted] all about Brexit and Live Aid and the death of his daughter.

“It was really hard-hitting stuff, an hour-long interview.

“When I was speaking to my dad about what to do, he had interviewed him almost 30 years to the day, my dad said, ‘Well why don’t you frame the interview I did with him and tell him the story?’

“I presented him with this plus the cover of Hot Press for that edition.

“He was totally overwhelmed and it meant so much to him as it was an Irish publication by an Irish journalist.

“What are the chances of that? It was a super special experience for myself and my dad.” 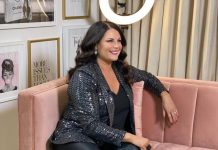 Lisa is a highly experienced showbiz reporter and presenter. She is an avid movie buff and serves as series producer and presenter for Ireland's only dedicated film show Box Office on Virgin Media. She is also the executive producer and presenter of a ground breaking new online entertainment programme The Edit premiering December 4th 2020 right here on LisaCannon.ie
© Lisa Cannon 2022
MORE STORIES

Lisa Cannon - December 4, 2020
0
Lisa Cannon’s delight about new show after ‘annus horribilis’ By Fionnuala Moran - 02/12/2020 The saying goes that when one door closes another opens, and that’s exactly what...